Originally located just a short walking distance from the Heritage Site, the Park Hill School functioned as a one room school house from 1917 to 1928. In 1930, the building was moved to “downtown” Finland, where it served as the Town Hall and later, the local Teen Center. In 1977, the building became “The Little Finn Shop”, which sold authentic Finn and Scandinavian gifts. In 2005, the then vacant building was donated to the Historical Society by Crystal Bay Township and moved to the Heritage Site in the summer of 2006.

While there is still much work to be done before the Park Hill School offers the same ambiance students experienced 90 years ago, dozens of children and adults visited and participated in early 20th century teaching and learning during the Tori weekend in 2006. A committee has been formed to both acquire furnishings and develop plans for a living history program.

Schoolhouse being moved from downtown Finland to the Heritage Site

Learning about learning in a one room schoolhouse is fun!

Schoolhouse being placed on site 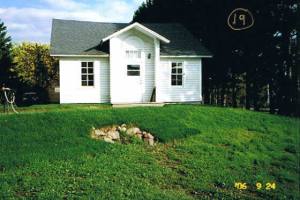 Schoolhouse on site and freshly sodded in fall of 2006 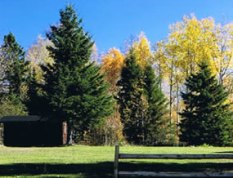 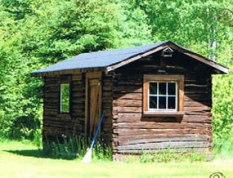